TONiC™ encoders are key for advanced precision measurement and control 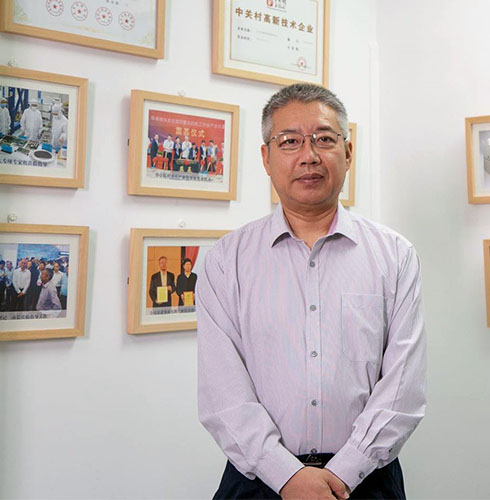 U-Precision's products are primarily aimed at the semiconductor and precision manufacturing industries and include both whole units and major mechanical measurement and control components, but motion stages account for approximately two thirds of the company's overall revenue.

The design of semiconductor process equipment is extremely challenging in terms of both component specifications and the precision of measurement and control systems. Manufacturing equipment must also be price competitive whilst meeting the demands of the latest chip innovations such as the 10 nm and 7 nm MOSFET technology nodes.

“U-Precision has been involved in the development of wafer stages for photolithography since it was founded. We are currently the only Chinese company, and only the second company globally, to master the essential technology for dual wafer stages. The wafer stage is one of the two main components of a photolithography system [the other being EUV exposure systems], and the associated technology is extremely demanding in terms of motion control. We have developed our own technology in key areas including planar air floatation, planar magnetic levitation, and magnetic levitation-based micro-positioners with six degrees of freedom. We provide a complete range of motion stage products from high-value photolithography wafer stages to custom solutions.

Our motion stages were well positioned for advanced semiconductor applications from the moment they entered the market. Compared to motion stage products of similar quality from overseas manufacturers, ours are highly price competitive.”

High levels of customisation and overall equipment efficiency (the amount of productive manufacturing time) are important for semiconductor manufacturing. Equipment manufacturers must also deal with stringent process requirements and the drive for ever-shorter manufacturing cycle times. U-Precision develops products for demanding semiconductor processes such as wafer bonding, which requires high-precision motion control in order to accurately control the gaps between wafers.

Optical encoders are one of the most important components of stages and process machinery, so we went through an exhaustive evaluation process before choosing Renishaw, and we continue to use their products to this day.

Renishaw's tape scale expands or contracts to match the substrate

The diversity, reliability and specifications of Renishaw's optical encoders meet the demands of the semiconductor industry and are an ideal fit for U-Precision's motion control products.

U-Precision standard motion stages can be configured with up to seven motion axes that feature linear positioning accuracy as high as 0.5 µm and bi-repeatability up to 0.1 µm. The company also offers custom designs for customer processes upon request. U-Precision stages are driven by linear motors that use position feedback from high-performance encoders such as Renishaw's nanometer-resolution TONiC™ series with Ti interface. The advanced design of these stages makes them suitable not only for use in semiconductor manufacturing applications, but also in other industry sectors such as flat-panel displays, glass and glass cutting, and 3D imaging. U-Precision's other whole-process products include wafer bonding equipment and advanced laser annealing equipment, all of which employ Renishaw optical encoder systems.

The TONiC series is Renishaw's high-performance incremental optical encoder system and features several scale options with different thermal characteristics. Used together with the Ti interface, these encoders can achieve resolutions as fine as 1 nm in both linear and rotary applications, while operating speeds remain as high as 3.6 m/s at 0.1 µm resolution. TONiC encoder systems are quick and simple to install with wide set-up tolerances and calibration at the push of a button. Dynamic signal conditioning features increase the stability of the output signal, while sub-divisional error (SDE) is lower than 30 nm.

Increasing air temperature (due to motor heating and other processes) can result in thermal expansion that changes the length of many components, including encoder scales, inside manufacturing equipment.

U-Precision uses mostly TONiC series encoder systems with steel tape scales. This type of scale is 'mastered' to the substrate and has a thickness of just 0.1 mm, which enables the scale to expand and contract at the same rate as the underlying machine axis. Most of U-Precision's motion stages use large granite substrates that have a high thermal mass and a low coefficient of thermal expansion (CTE). In this case, local air temperature changes that occur over short time intervals will not significantly affect the substrate dimensions, which offers better metrology.

TONiC encoders are also available with 'floating' scales that freely expand independently of the mounting substrate, such as the RTLC and RELM series scales. The degree of thermal expansion in these scales is determined by the CTE and temperature of the scale itself, so there is no need to factor in the expansion coefficient of the substrate when performing thermal compensation.

Of course, there are several factors to consider when deciding whether to use a substrate-'mastered' or 'floating' scale, including the substrate material, the axial length, and the expansion coefficient of the workpiece.

U-Precision also tests and calibrates its products prior to leaving the factory using Renishaw's XL-80 laser system for machine calibration and quality control. These systems are fast, extremely accurate with linear measurement accuracies of 0.5 ppm, lightweight and portable.

"We have found many benefits in using Renishaw's XL-80 laser. It is easy to operate, has fast set-up and user-friendly software with an intuitive interface. Compared to the laser brand we used before, our process efficiency has been enhanced by 30%", Mr Sun says.

Renishaw's TONiC encoders have been specially designed for semiconductor applications and give OEM manufacturers, such as U-Precision, a competitive edge in the marketplace.

As Mr. Sun concludes: "While U-Precision has excellent technological foundations of its own, our ability to work with suppliers is also critical. Optical encoders are one of the most important components of stages and process machinery, so we went through an exhaustive evaluation process before choosing Renishaw, and we continue to use their products to this day. Renishaw's service is extremely responsive, and they provide us with a great deal of expert advice, as well as helping us to win many customer orders. One of the things that I have been most impressed with is the extremely well targeted training Renishaw offers. We have collaborated for many years and enjoy a close relationship, and I am convinced that we will have more opportunities to work together in future." 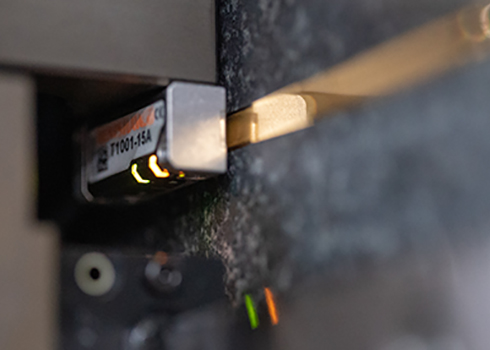