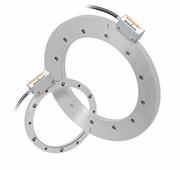 The biggest challenges facing high-efficiency photovoltaic (solar) cell manufacturers are to reduce costs and increase cell efficiency. By increasing yields, reducing process variation and removing the barriers to higher production line throughput, improved factory automation is widely recognised as one of the keys to achieving grid parity and beyond.

As with so many industries, a crucial component in effective factory automation for photovoltaic cell manufacturing is the right choice of position encoder. Solar manufacturing machine OEMs around the world have been searching for an encoder that can help increase work output, improve yield and minimize down-time. Renishaw’s RESOLUTE absolute linear and rotary encoders address these demands by combining true absolute encoder feedback with the metrology benefits of a very high resolution (1 nm resolution), high accuracy (±1 µm/m accuracy), non-contact optical system, with outstanding reliability and safety.

RESOLUTE is an absolute encoder, meaning it determines absolute position immediately upon switch-on, eliminating the need for reference (datum) returns, thus minimizing start-up times and bringing axes under full control straight away, and before any movement has occurred. This is a particularly valuable characteristic when a machine is recovering from a power cut. Complex recovery paths can be executed reliably and safely, protecting expensive products and equipment from damage. 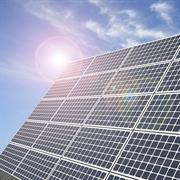 In fact, safety of position feedback is a particularly strong point of the RESOLUTE system. The encoder runs two separate algorithms; one to determine absolute position and one to check its results. These built-in position-checking algorithms independently verify position, ensuring the fidelity of the reported position and helping to prevent uncontrolled movement of axes. The chances of damage to cells during manufacturing or crashed axes are therefore significantly reduced. The fact that RESOLUTE is already being used by the world’s leading surgical robotics company speaks volumes about the effectiveness and reliability of this integrated function!

RESOLUTE works in a completely unique way that is analogous to an ultra-fast digital camera taking photos of a scale that consists of a non-repeating barcode to provide the readhead with absolute position. RESOLUTE is more than 1000 times faster than the fastest commercially-available digital cameras. Interpolation within the picture allows resolution as fine as 1 nanometre to be achieved. Plus, encoder speed will never be a limitation as RESOLUTE achieves 1 nm resolution at 100 m/s, so silicon solar cell manufacturing machines can run much faster and achieve greater throughput and efficiency than with traditional encoders. But there’s more than just raw speed…

The barcode contains extensive redundancy, while the readhead applies complex cross-checking and error correction. The result is excellent immunity to scale contamination, such as silicon dust, oil and fingerprints. The dirt immunity achieved by RESOLUTE means it can continue to operate in conditions that would cause other optical encoders to miscount. 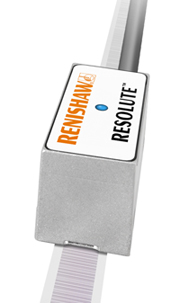 Furthermore, RESOLUTE achieves excellent motion control performance, improving the accuracy and the yield of manufacturing processes, keeping a step ahead of even the most demanding precision laser processes. Traditional enclosed optical absolute encoders typically have a sub-divisional error (SDE) of approximately ±200 nm. This significant SDE gives poor velocity control performance, leading to vibration in moving axes; a potential ‘horror story’ in axes that move fragile, expensive silicon wafers, with potential for micro-cracking and associated performance degradation of the solar cell. Poor SDE can also reduce production throughput in scanning operations, such as defect inspection, which is carried out dynamically. RESOLUTE addresses all these concerns by its novel detection method, which inherently has very low SDE of ±40 nm. Manufacturers of machines that feature multiple axes will also benefit from using RESOLUTE because of its very low noise (<10 nm RMS jitter), further improving positional stability and repeatability. Cross-talk between axes is also reduced.

In the recent ‘Solar Industry Awards 2010', Renishaw's RESOLUTE absolute optical encoder was the only encoder shortlisted for the PV Subsystem-Component category. With a unique combination of ruggedness, ultra-high speed and exceptional resolution, RESOLUTE has already attracted high levels of interest from manufacturers of solar panel processing equipment, who require the highest levels of precision and motion control integrity.

RESOLUTE is currently being trialled on manufacturing equipment for some of the world’s most efficient commercially available solar cells and is also generating much interest in other high-tech industries such as semiconductor, flat panel, medical and astronomy systems that require smooth velocity control and high accuracy.